The human body constitutes various organs with their functional orchestration and a feedback organism controlled by the brain. The heart is one of the vital organs which functions as a pump blood to different parts of the body to supply oxygen and food.

Blood flows through an intricate system of arteries and veins, exerting pressure on the vessels’ interior surfaces. This pressure is called Blood Pressure. It is a measure of how hard the heart works to meet the demands of the body.

Implications of the numbers when you measure your BP

BP is one of the most important indicators of overall health and quantifies in millimetres of mercury (mmHg).

High blood pressure, or HP, is defined as a reading that is consistently greater than 140/90 mm Hg, while low blood pressure, or BP, is defined to be lower than 90 mm Hg. Both can arise for various reasons; for instance, low BP can result from the body’s sick condition. On the other hand, both can have severe consequences, such as-

What is a BP Monitor?

A gadget that is calibrated to measure Blood Pres is known as a Blood Pressure Monitor. It consists of:

Auscultatory and Oscillometric are the two most common techniques used to measure blood pressure, and correspondingly, there are two main categories of blood pressure monitors: manual and electronic. The manual ones can be further subdivided into Mercury and Aneroid depending on whether they have a Mercury column.

Korotkoff sounds are used in the auscultatory method to determine systolic and diastolic blood pressure. The cuff compresses the artery in the upper arm. At the elbow, a stethoscope is placed over the brachial artery to listen for a thumping when air pressure is gradually released. After a

The sole difference is that this technique relies on measuring the oscillations induced by the arterial pressure pulse rather than using a hearing instrument, like a stethoscope. Blood vessels begin oscillating as blood flow begins and continue doing so until blood flow gets stabilized. The SBP and DBP are determined by measuring and calculating the oscillations.

Many digital arm monitors have user-friendly features that include:

Wrist blood pressure monitors are less accurate as they result in higher readings. Because the wrist arteries are much narrower and closer to the skin than the upper arm arteries. Wrist Monitors are less accurate, while the positives include compactness and convenience. They are easily portable and be a good way when you don’t need an exact reading.

For those whose upper arms are too short to use an upper arm monitor at home, wrist monitors can be a helpful alternative. It’s possible who find getting their blood pressure taken to be particularly unpleasant would benefit from using a wrist monitor instead.

Thus, the accuracy of blood pressure monitors also be taken into account as measurements of Blood Pressure can be easily done through Omron BP Monitor. Guide to Thriving in a Wheelchair 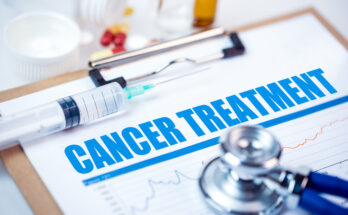 The Benefits Of Treatment In Israeli Clinics